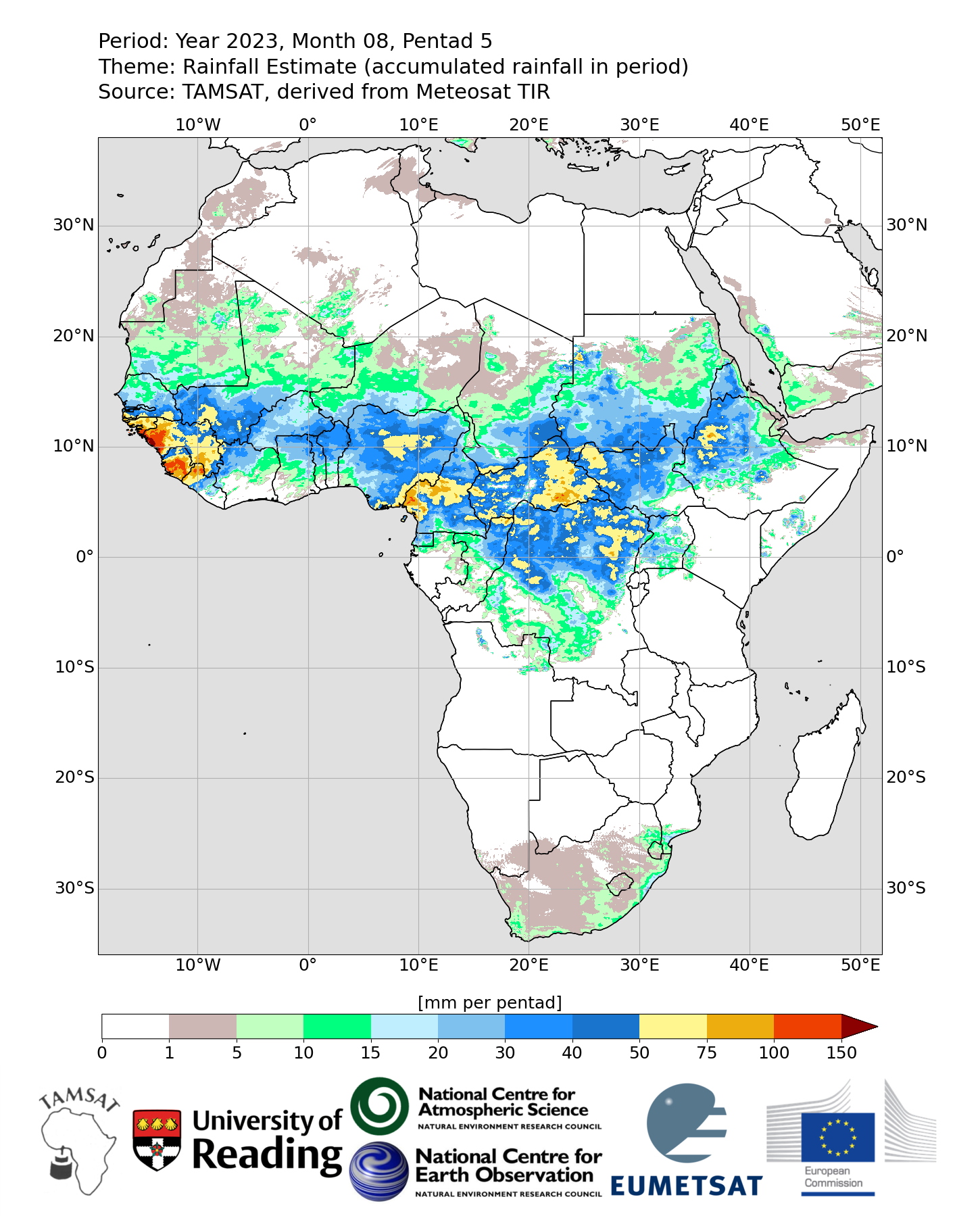 TAMSAT* enhances the capacity of African meteorological agencies and other organizations by providing and supporting the use of satellite-based rainfall estimates and related data products.

TAMSAT produces daily rainfall estimates for all of Africa at 4km resolution. The TAMSAT archive spans 1983 to the delayed present. The longevity of the dataset makes it especially suitable for risk assessment.  Applications of the data include famine early warning, drought insurance and agricultural decision support.

Rainfall estimates and other TAMSAT products are issued on the 1st, 6th, 11th, 16th, 21st, and 26th of the month.  All TAMSAT data are released for operational, research and commercial use under a creative commons license.

TAMSAT was established by the University of Reading in 1977. In the last three years, the group has developed close collaborations with the Climate Division of the National Centre for Atmospheric Science (NCAS) and the National Centre for Earth Observation (NCEO) to extend the range of climate services it provides. These collaborations are supporting the development of new datasets and other products, including rainfall estimate uncertainties, full column soil moisture, and probabilistic forecasts of drought.

The publications of record for the TAMSAT dataset are: